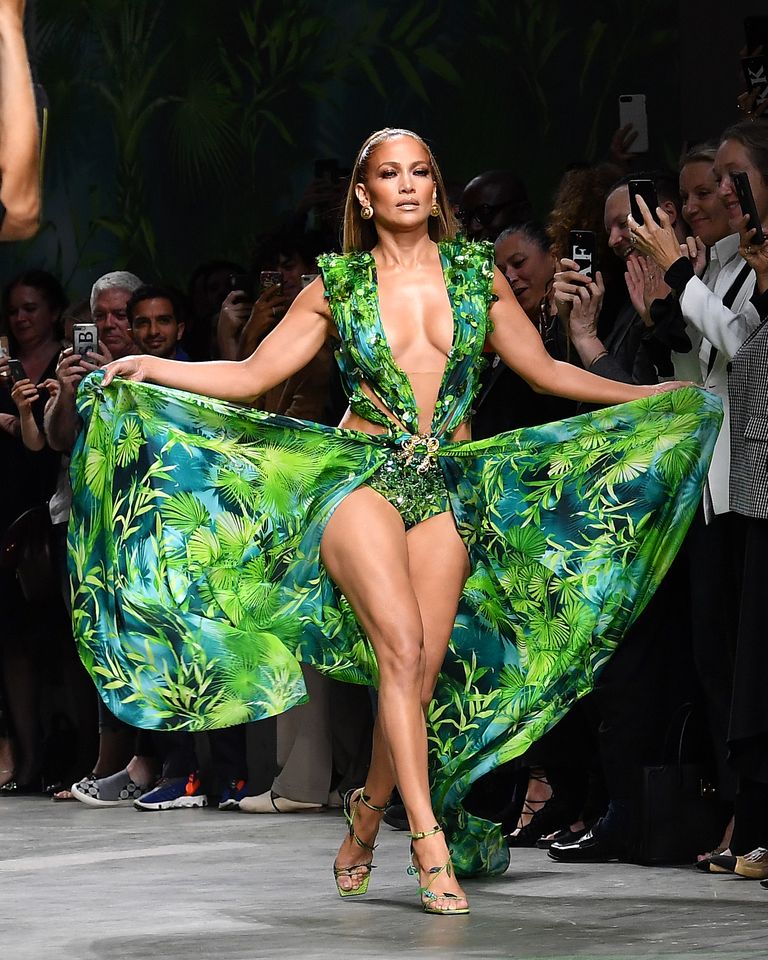 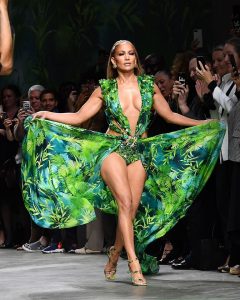 Jennifer Lopez delivered a major surprise to guests at Milan Fashion Week tonight when she closed the runway at Versace’s Spring 2020 show—wearing a replica of that iconic Grammy’s dress, nonetheless. Instead of a traditional finale model walk, Versace tapped J.Lo to end its show with a bang this season. Making her official runway debut, the 50-year-old actress and singer walked the show wearing an updated version of her famous plunging palm print dress from the 2000 Grammy Awards. And surprising to no one, she completely slayed. 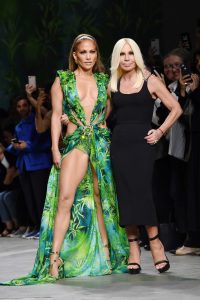 To celebrate its 20th anniversary, the Italian luxury brand reprised its famous jungle print in its original tropical green color palette. At the runway show, however, Donatella Versace took it one step further and had J.Lo strut her stuff in a new version of the sexy green gown she wore to the 2000 GRAMMY Awards. Toward the end of the Versace event, photos of Lopez in the iconic creation flashed across the giant screens. Donatella’s voice was then heard, saying, “Now show me the real jungle dress,” as the Hustlers star stepped out onto the catwalk. Aside from being an epic moment, there was some significance behind Lopez walking the runway. This season marks 20 years since the plunging green palm print first dress first appeared on Versace’s runway, ahead of the singer wearing it to the music award ceremony. That red carpet moment was so immense and so searched for that it led to the invention of Google Images. So to make things full circle for Spring 2020, the Italian fashion house paid homage to both the singer and Google. 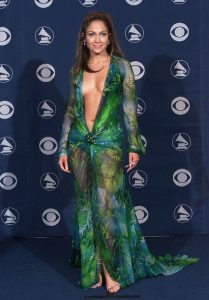 The show ended with both Lopez and Donatella Versace walking side by side down the runway. Another legendary moment in the books for the dress. Last year, Versace created another version of the dress in a youthful heart print, with Amber Valletta, who originally wore the dress on Versace’s runway in 1999, wearing the update on the catwalk.