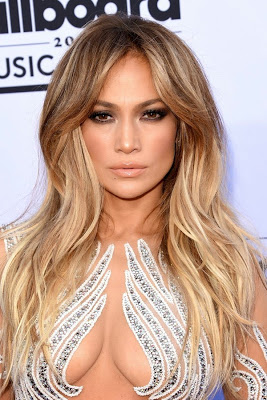 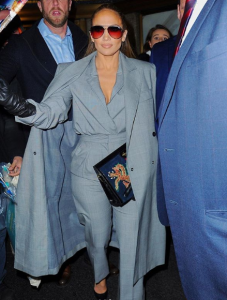 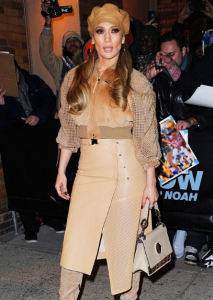 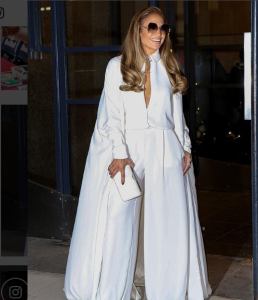 Jennifer Lopez wore three outfits on Tuesday night while doing press in New York City! Jennifer also plugged the movie during appearances on Tuesday on The Tonight Show and The Daily Show. She went all-grey on as she was spotted leaving The Tonight Show studio in New York City.The 49-year-old actress locked arms with Alex, 43, as they headed to a special screening of Second Act on Tuesday in the Bronx. Jennifer has been busy promoting her upcoming movie Second Act co-starring Vanessa Hudgens, 29. The romantic comedy also stars Jennifer’s best friend Leah Remini, 48, and Milo Ventimiglia, 41. J-Lo plays big-box worker Maya who gets a top-flight corporate position after lying on her resume and her best friend Joan is played by Leah. Vanessa portrays young business mogul Zoe who takes a chance on hiring her.Jennifer later sported a retro look while leaving a taping of The Daily Show with Trevor Noah.  The actress stepped out in a matching outfit of dress, boots, purse and hat. The mother-of-two had her blonde hair in soft curls around her shoulders. Jennifer added some flair with a brown leather hat as she left the Comedy Central talk show and wore the same outfit to the special screening with Alex.  The New York City native also can be seen next year in the third season of World Of Dance on NBC. Second Act is scheduled for release on December 21.  Jennifer was spotted earlier on Tuesday strolling in Manhattan in a white jumpsuit and floor-length white coat and had a chance encounter with Lenny Kravitz, 54. She also was seen sporting a retro look in a tan ensemble after leaving a taping of The Daily Show with Trevor Noah.Jennifer has been dating former New York Yankees star Alex since February 2017.