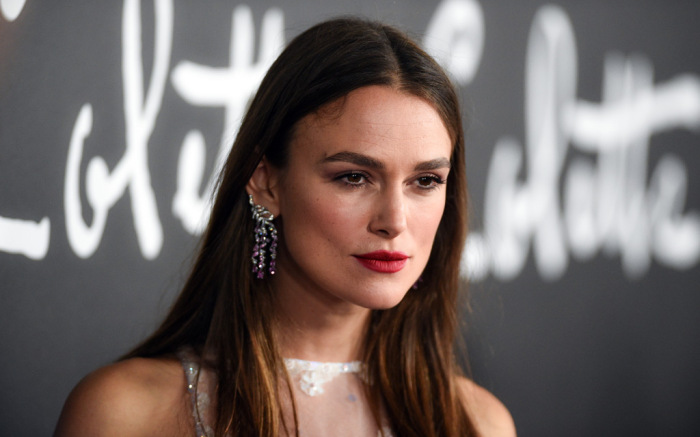 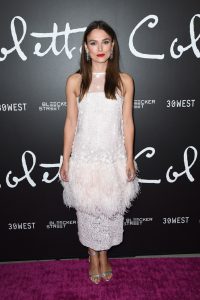 Keira Knightly dazzles in lavishly designed Chanel couture gown at the Colette movie premier in California. She chose to dress up in a vintage white gown that would have with the classic and deep vibes of Roaring Twenties. The flapper based has an extra vintage beauty, featuring sleeveless, sheer illusion scoop neckline, with a bodice filled with tiny flower embroidery, and dot embellishments, continuing to flock of ostrich feathered style from the waistline, to the knee area. The white frock of the dress created a sparkling, radiant silhouette, to make her be one of the greatest at the ceremony!  The lovey actress wore silver ankle strap heels, and doubled the elegance with Chanel designed pair of dangling silver plunging earrings. Her chestnut brown hair was made beautiful in long straight model. “Keira Christina Knightley was born March 26, 1985 in the South West Greater London suburb of Richmond. She is the daughter of actor Will Knightley and actress turned playwright Sharman Macdonald. Her father is English, while her Scottish-born mother is of Scottish and Welsh origin. Brought up immersed in the acting profession from both sides – writing and performing – it is little wonder that the young Keira asked for her own agent at the age of three. She was granted one at the age of six and performed in her first TV role as “Little Girl” in Screen 1: Royal Celebration (1993), aged seven. She has won an Empire Award and multiple nominations for British Academy, Golden Globe, and Academy Award.