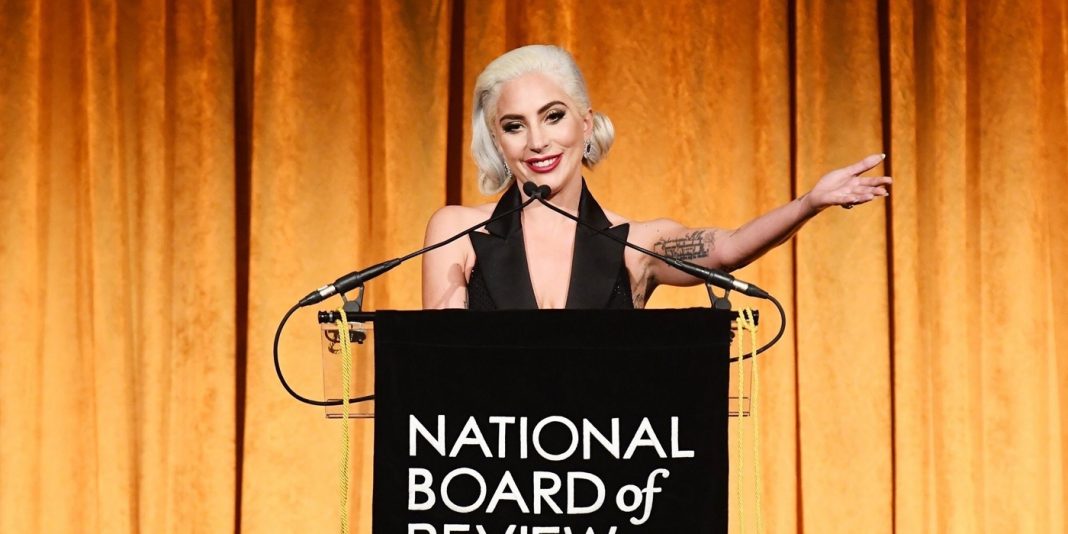 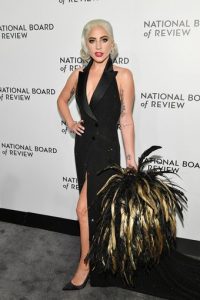 Lady Gaga makes her entrance on the red carpet at the 2019 National Board of Review Awards Gala on Tuesday (January 8) at Cipriani in New York City. The 32-year-old entertainer was joined at the event by her co-stars Bradley Cooper and Sam Elliott. All three of them were presented with awards! Gaga won Best Actress, Bradley won Best Director, and Sam won Best Supporting Actor. The movie was also chosen as one of the Top Films of the Year. Gaga is wearing a Ralph Lauren Collection tuxedo-inspired halter gown with Gianvito Rossi shoes and Messika jewelry. Lady Gaga delivered a passionate and heartfelt speech as she collected her award for Best Actress at the National Board of Review Awards. Taking to the stage at Cipriani 42nd Street in New York on Tuesday night, the singer, 32, who was awarded for her impressive performance in A Star Is Born, thanked director Bradley Cooper, 44, for ‘believing in her’ and ‘changing her life’. 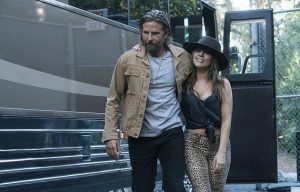 Gaga proved astonished by Cooper’s repertoire of skills as she praised him as a musician and actor, and likened him to a ‘visionary’ and a ‘magician’ after he directed his own character’s death scene in the critically acclaimed film. Gaga began: ‘I would not be standing up here if it weren’t for you, Bradley. Thank you for entrusting me to be the first leading actress in your directorial debut. This is a tremendous honor. ‘Bradley, you truly are a musician. I heard it. I watched it… from the moment you sat at the piano with me and sang, to watching you write songs and watching you create.’ 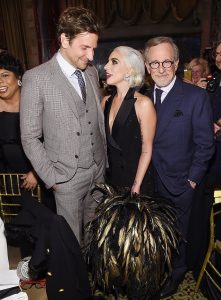 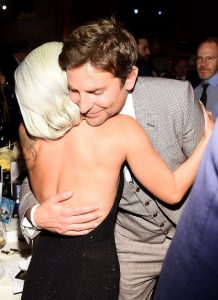 The New York native continued to gush over Bradley: ‘Thank you for believing me. Being the director, visionary, co-star and friend that you have been. ‘You have taught me so much. You made me a way better actress. I don’t even look back at filming a movie, but rather that we became two people who are not us. ‘Bradley, thank you for making a film about the importance of compassion, empathy and kindness. This is what we stand for. I couldn’t be more happy to be here, which in the name of Jack and Ally, is about true, unconditional love. ‘Bradley, our scenes together were challenging and life-changing as an actress and a human. I would never forgot the deep dives we took together.