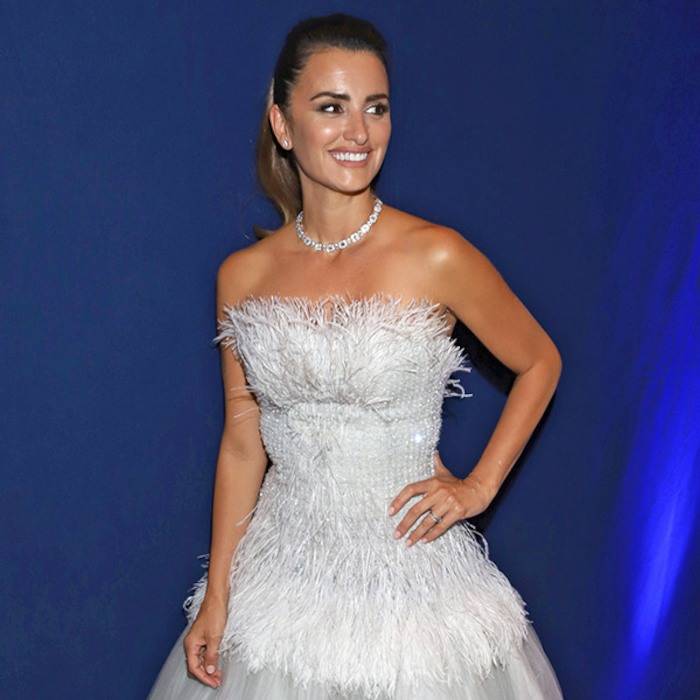 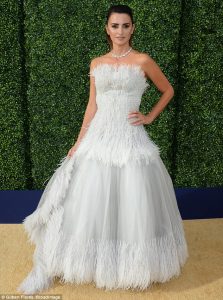 Penelope Cruz made all the heads turned wearing a glamorous gown at the red carpet at the Emmy Awards on Monday. The 44-year-old actress wore an exquisite Chanel gown that mixed modern chic with timeless beauty. The dress imposed a modern-day Cinderella vine on her sophisticated silhouette making her one of the loveliest star of the event. The glamorous Chanel gown was made of silk tulle, iridescent beads, and strands of feathers. Topping off the already ornately detailed gown was a bodice adorned with 8,000 pieces including white and iridescent blue organza flowers, beads, and feathers. The bodice itself took a cool 280 hours to hand-embroider. It is based on strapless bodice, puffy, ruffling long skirt. The circled jewel covered necklace, and the black ponytail multiplied her beauty in so any levels. Cruz is nominated tonight for her role as Donatella Versace in American Crime Story: The Assassination of Gianni Versace. In a red carpet with E!’s Giuliana Rancic, Cruz spoke about her admiration for Donatella, “She’s very inspiring, she has a wonderful personality. She’s gone through so much, she has proven to be strong in so many situations, very difficult situations, so I felt a lot of compassion for what happened with her brother and even if I never met him, in the middle of that horrible thing, she had to carry the ability of the entire company.” Penelope is a Spanish actress and model. Cruz has modeled for Mango, Ralph Lauren and L’Oréal, and along with her younger sister, Mónica Cruz has designed clothing for Mango.