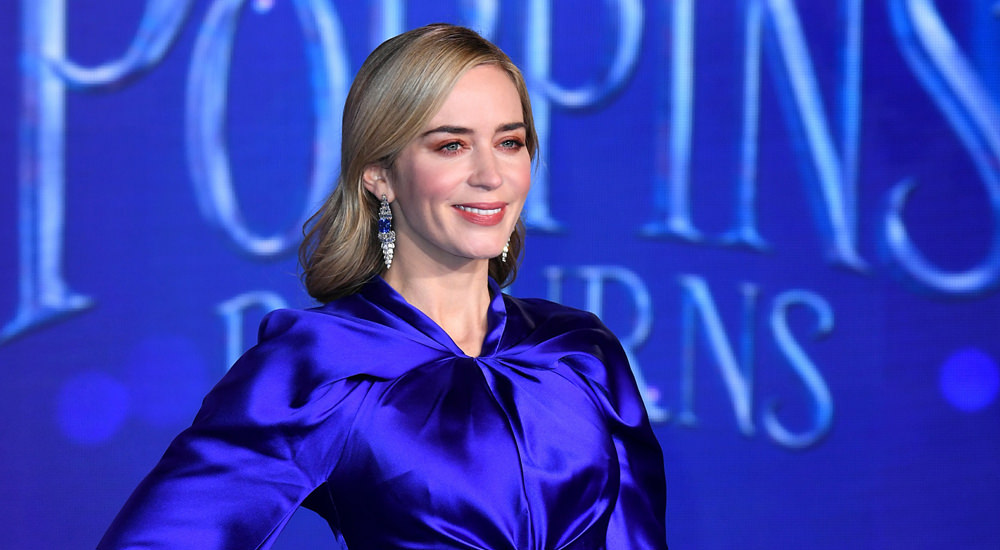 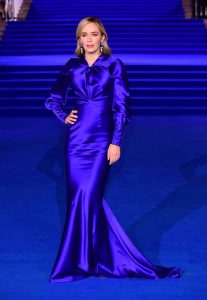 Emily Blunt wore an outfit to match the blue carpet as she arrived at the European premiere of Mary Poppins Returns.The actress, was the picture of elegance as she posed for photographers outside the Royal Albert Hall in London. The silk dress was floor-length and featured a sophisticated high neckline and long sleeves. Blunt wore her hair swept back over her shoulders and added some sparkle with diamond earrings. She was joined at the event by her co-stars, including Meryl Streep, Lin-Manuel Miranda, Ben Whishaw, Emily Mortimer and Colin Firth. The fabulous dress features long fitted sleeve, continuing to the plunging ruffled neckline, embracing the upper body in the best way possible, creating one of the most dazzling looks of the night, making her shining at the spotlight like all of her other styles, The dress has a snugged waistline, containing the well-fitted waistline, elaborating on every curves, and edges, and finally falls down to a ruffling smooth cascading long skirt having floor sweeping train dancing at the end of it dramatically, putting her in the place of the Queen! The Devil Wears Prada actress takes over the role of the practically perfect nanny from Andrews in the sequel, 54 years after the original and while Dick Van Dyke does make a cameo in the film, Andrews chose not to participate. 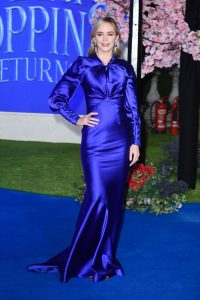 Arriving at the film’s European premiere at the Royal Albert Hall, Blunt told the Press Association: “I really understand why she didn’t and it means a lot to me that she chose to not do it in the way that she did. “She said she just didn’t want it to be her show, she wanted it to be my show, and I thought it was so gracious and so sweet and I understand that need to preserve and treasure that iconic image we all have of her, I really get that.” But Blunt said she understands Andrews has seen the film, adding: “I haven’t spoken to Julie yet but I hope to speak to her because I think she’s just seen it and she wrote Rob Marshall (the director) the most beautiful email about it and loved it so that meant a lot to all of us.”