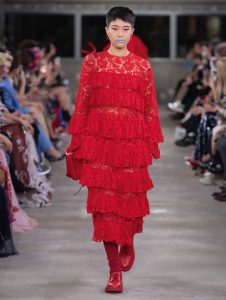 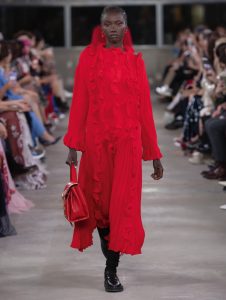 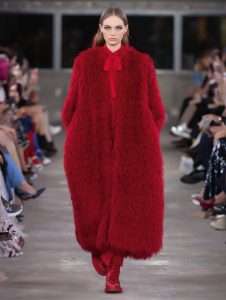 Valentino presented its first-ever coed runway show for Pre-Fall 2019 in Tokyo on Tuesday. Pierpaolo Piccioli, who’s been successfully modernizing the luxury house’s culture of couture as sole creative director since 2016, turned to his show’s destination for his latest inspiration, such as the Japanese concept of ma, or “negative space,” wabi-sabi (also known as “the art of imperfection”) and kintsugi — the art form of repairing broken ceramics. 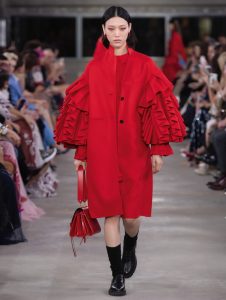 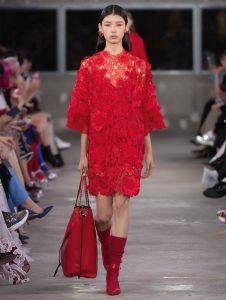 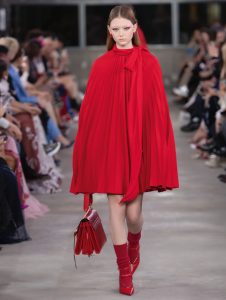 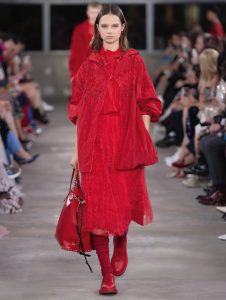 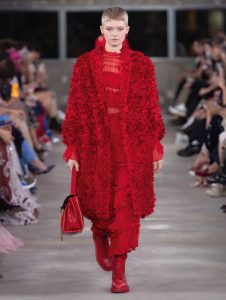 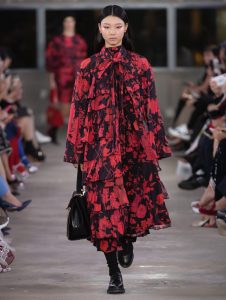 In prepping this show, he’d reached out laterally in two directions to connect with co creators from beyond the exclusive realms of the Roman house. One was the continuation of the creative brainstorming with Jun Takahashi of Undercover that the pair started with Valentino’s menswear. This time they morphed together a print of a 19th-century neoclassical sculpture of kissing lovers with a pop-punkish image of roses. The prints proliferated over coats and dresses, settling most beautifully as a cut-out pink bloom appliquéd on white lace in the breast of a slim cream midi dress. 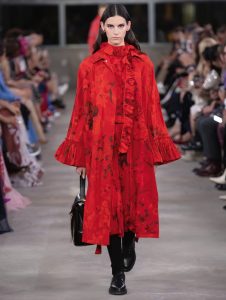 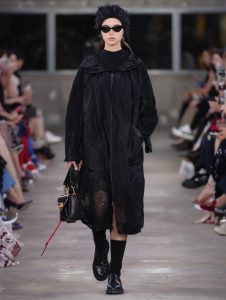 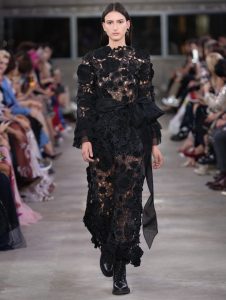