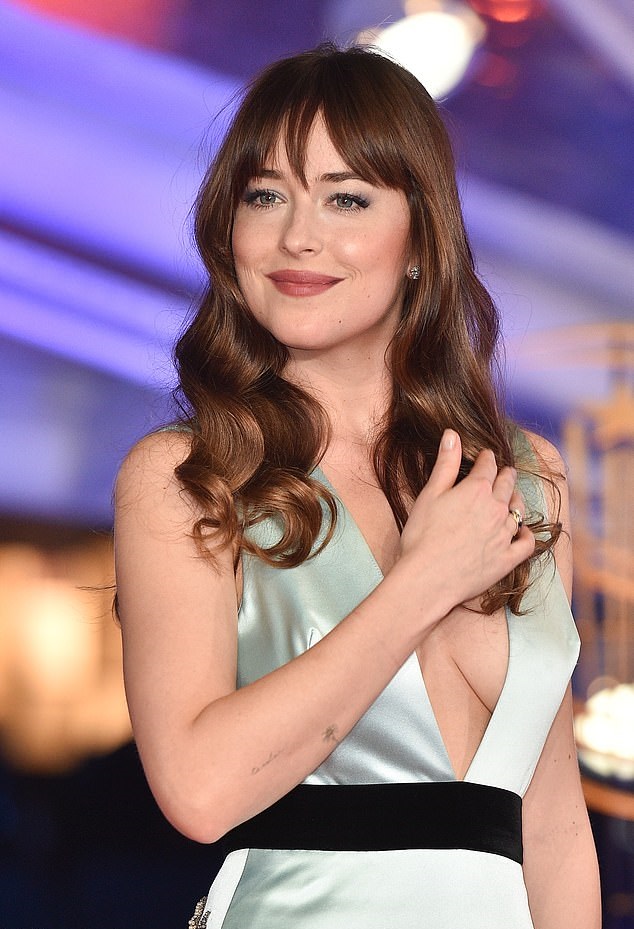 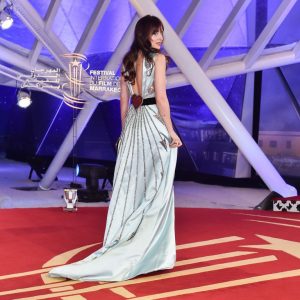 Dakota Johnson is in Morocco to sit on the jury for the Marrakech International Film Festival this week. She is taking Hollywood by storm with her slew of acting credentials. And Dakota Johnson turned up the glamour as she arrived to the Closing Ceremony of the 17th Marrakech International Film Festival in Morocco on Saturday night. The American actress, 29 – who is serving on the the jury for the festival – showed off her sensational figure in a deeply plunging silver dress. For the event’s closing ceremony, Johnson wore this Cupid-worthy gown by Gucci. All eyes were on Dakota in the low-cut number which showed off her incredible cleavage. Dakota’s trim midriff was cinched in with black satin belt detailing, before the rest of the garment fell in an eye-catching train. The back of the pale blue gown features a sequin heart with glittering arrows protruding from its epicenter, shooting out to the hem of the dress. 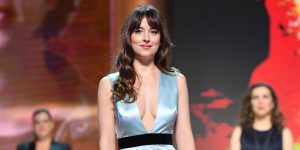 Meanwhile, the front of the gown features a plunging neckline and black satin sash at the waist.Earlier in the festival, Johnson delivered an empowering speech about the lack of female  presence on film festival juries. “[I was] under the impression that there were almost as many women involved in cinema behind the camera, in front of the camera, behind film festivals and in film festivals,” Variety quotes Johnson as saying during the Marrakech International Film Festival’s opening ceremony on December 1. “This jury happens to have more women and perhaps there might be an avenue for this to occur more often in the future, and I think that’s awesome.” Johnson has been wearing Gucci all throughout the film festival this week, which is in its 17th year. And aside from serving as a jury member and stunning photographers with glitzy Gucci gowns, the Suspiria actress has also been rubbing shoulders with actors like Robert Pattinson and Daniel Bruhl.