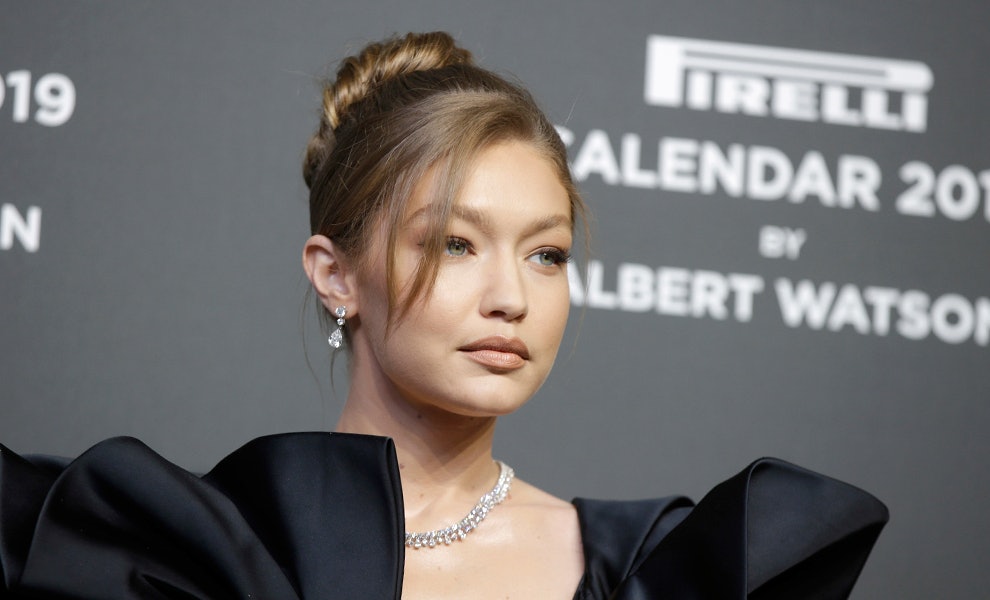 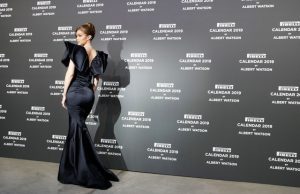 Gigi Hadid loves to play around with her look, and last night she was the epitome of old Hollywood glamour in a black satin gown by Zac Posen. The model was attending the launch of the 2019 Pirelli Calendar in Milan, in which she stars. The beautiful ballgown – which features a fishtail hem and exaggerated ruffles on the shoulders – is from the American designer’s autumn/winter 2018 collection. Hadid upped the glamour of her look even further by adding plenty of jewelry to the ensemble with teardrop earrings and a diamond necklace. She wore her in a sleek, side-parted updo and kept her make-up to a minimum. Showing off her long, lean frame, she wore a ZAC POSEN FALL 2018 black fitted silhouette gown, which featured a built in corset, dramatic pleating on the shoulders & neckline and a train back. The ruffle detail could have been worn off-the-shoulders for the a more modern approach but I actually love how Gigi wore it, in a structural, asymmetrical manner. Adding some sparkle to her shiny look, she wore CHOPARD jewelry which topped off her glam look. 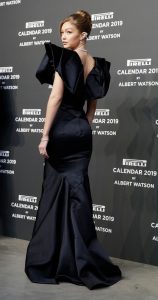 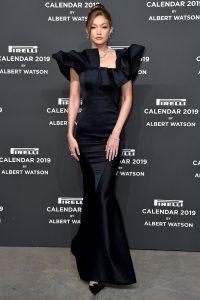 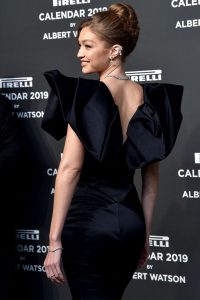 The supermodel was at the launch event alongside the likes of Halle Berry and Isabeli Fontana, as well as the photographer behind this year’s Pirelli Calendar, Albert Watson. In the calendar, Hadid stars as one of four women, each pursuing her dreams and passions.”I wanted to create something that was more than just a portrait of somebody,” Watson said of the idea. “I wanted it to look like a film still. I wanted people looking at the calendar to see that my aim was photography in its purest form, exploring the women I was photographing and creating a situation that would convey a positive vision of women today.” Terani spring 2019 collection has a glamorous 1913M9428 design based on a lovely satin fabric, embracing your body having embellished parts and exaggerated stunning tailoring. 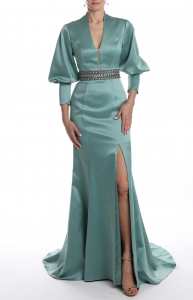 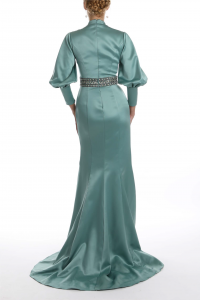